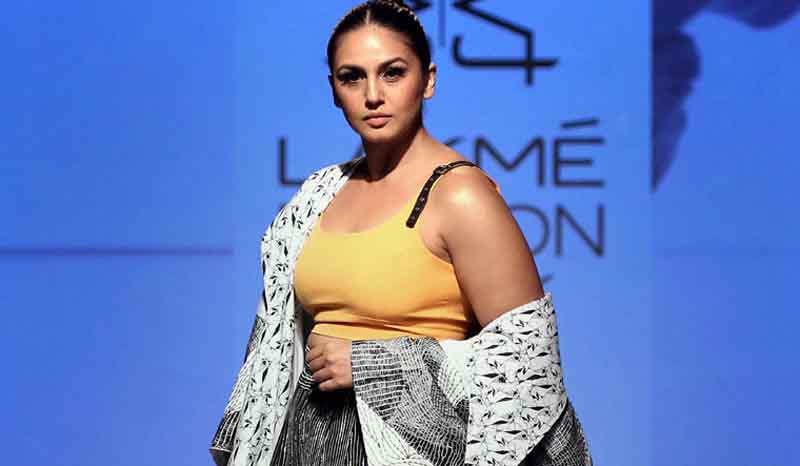 Put you heart into your passion, keep your audience happy by your action in the story, Let the world worry if they do so, but always play your best in the game you choose.

While people take offence on the content being showed these days, Huma Qureshi, has to say, “My job is to act, I don’t put my brain into what people think.”

Sony LIV is all set to stream a political thriller named ‘Maharani’ from 29th May, 2021. In this show, Huma Qureshi will be seen starring as a lead role. This particular web series consists of 8 episodes in season 1. The show ‘Maharani’ focuses on showing the journey of an illiterate women named ‘Rani Bharati’ of how transit happened in her life, her story from being women who works in the kitchen to how she achieved the seat of being a Bihar’s Chief Minister.

Given the circumstances of today, the audience have become too sensitive when it comes to the content shown in the film or web series. Today, audience are the greatest content critic when it comes to giving reviews, after all IMDB list says it all. While Huma Qureshi stays true to her mindset with also being focused on her work, she adds that, her job is only to act and not worry about what people think.

While the genre of the show ‘Maharani’ is a political thriller, Huma being the lead actor in it , is asked about ‘What does she think about the reaction of people since the content is political based?’ as the story line relates to the former CM of Bihar, that is, Rabri Devi. To which Huma clarifies that firstly the story is all fictional, even her character in it. She told Indian Express that, ‘she puts her heart into action and not her mind into what other people think’. She gave a clarification that one thing is common in the reel life that is going to be portrayed, that is, “both are female CMs of Bihar’.

Also, one of the interesting thing in this particular show is that Huma will be seen in her unfiltered look as she have opted for a no makeup face, so we have our eyes on to see the gorgeous Huma Qureshi as she will actually carries her ‘no mascara or a no highlighter face’ in the character ‘Rani Bharati’ she will be seen portraying in the web show.

For the lead starrer of the ‘Maharani’, Huma Qureshi, it is her third digital project. She started in the digital web show with making her debut in the Netflix’s series, Leila. The second digital project of Huma being an international film, ‘Army of the dead’ by Zack Snyder. She is super excited with response she got on her role as Gita, and she mentioned how is she taking and enjoying taking her baby steps in the Hollywood space. The actor also exclaims that, she is happy with how OTT platforms are coming up with great concepts and exceptional writing. Let’s see how Huma captivates our eyes by her brilliant performance in the ‘Maharani’ which is created by Subhash Kapoor and directed by Karan Sharma. The show always stars other actors that is Sohum Shah, Amit Sial, Kani Kusruti and Vineet Kumar.

Above everything else, with the coronavirus spread in India, like each and every other celebrity Huma Qureshi is playing her part on doing the best for others by arranging beds and by providing oxygen availability and other medical equipment to the ones in need.

Nidhi Desai graduated in BMS (Marketing) from Mithibai College. She is passionate about her work and always curious to learn new things. She's an avid reader, melophile, movie buff, loves to watch cricket and is a lover of animals. She loves communication and aspires to make a name for herself as an entertainment PR.