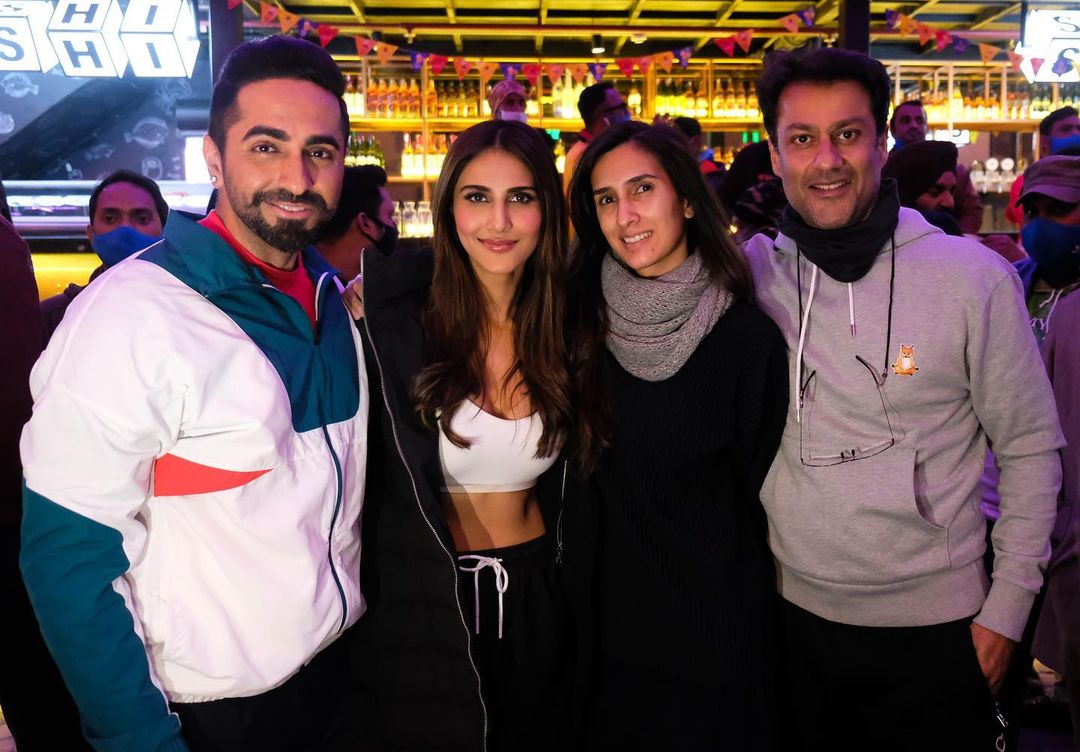 Ayushmann Khurrana and Vani Kapoor starrer ‘Chandigarh Kare Aashiqui’ is an upcoming romantic drama by Abhishek Kapoor. The movie is produced by T-Series along with Guy In The Sky Pictures.

In an Instagram post on Wednesday, Ayushmann Khurrana announced the completion of shooting for the movie. He posted a picture of him with other cast members and captioned, “Today, I feel immensely proud that our film is the first one in India to finish shooting an entire film while battling the coronavirus. I have to credit my director and producer Abhishek Kapoor and Pragya Kapoor for manning the resources so diligently and so effectively. It feels amazing that we managed this feat in my hometown Chandigarh – couldn’t be prouder!!! Chandigarh Kare Aashiqui is a very special film for me and I can’t wait to share it with the world in cinemas next year!”

The movie is set to release in 2021 and was officially announced in June 2020 while the filming commenced in October 2020.