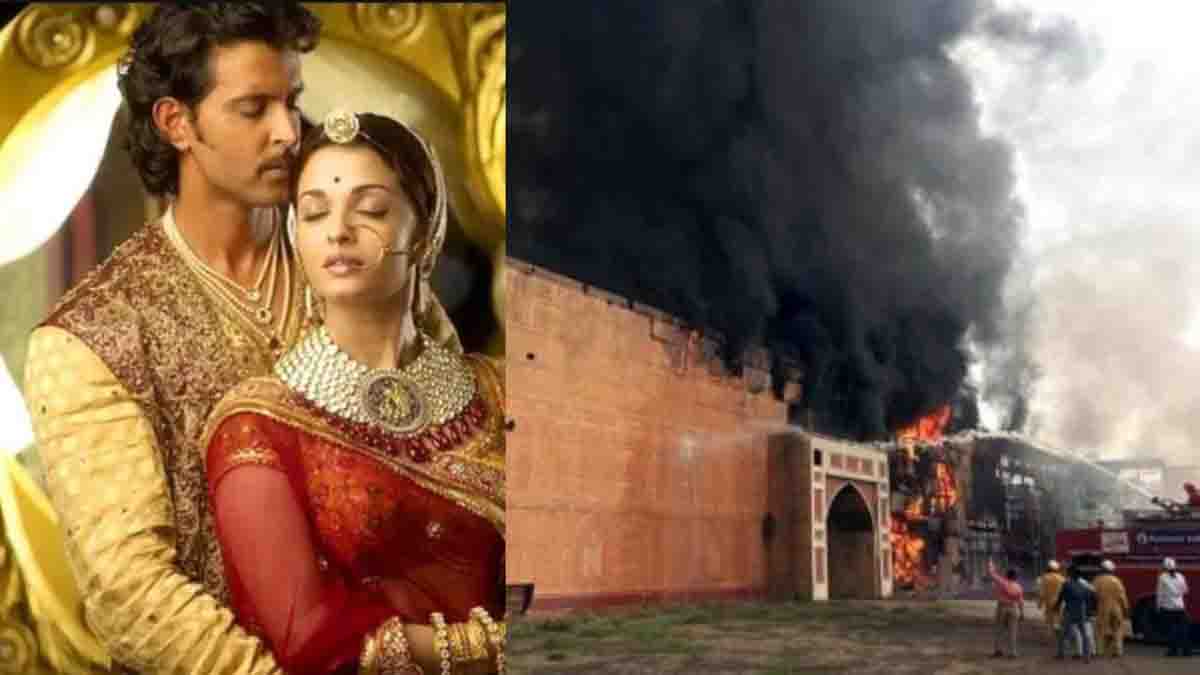 The 2008 released film Jodhaa Akbar was a huge hit on the box office, starring Hrithik Roshan and Aishwarya Rai Bachchan. After the shooting of the film, the set was not dismantled since then it had become a tourist attraction.

Chandrakant Desai owned the film set of Jodhaa Akbar. On May 8th, a Friday afternoon, suddenly a fire broke out in the corner of the set and everything was caught in it.

According to the local authorities, after 3 hours of the fire operation while the fire was burning a large portion of fiber was extinguished. The fire broke out between 6pm to 12pm in the corner of the set, near the located railway line. After 4pm in the afternoon, the fire was extinguished and the cooling continued until late in the evening.

Khalapur Tehsildar Iresh Chappalwar said that no one was killed. Even though the cause of the fire was not immediately known, still it is alleged that the fire spread to the grass outside of the studio near the railway line. He further added that investigation was still going on.