Asha Negi and Bidita Bag join the cast of Abhay 2 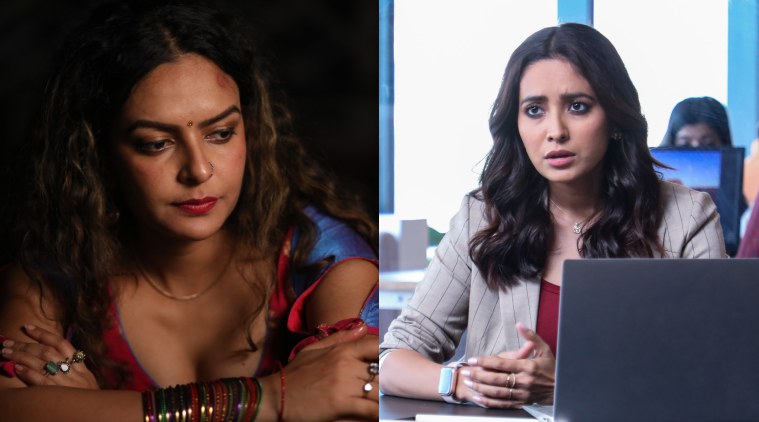 Actors Asha Negi and Bidita Bag confirmed that they will be playing pivotal roles in Ken Ghosh’s directorial “Abhay 2”. Asha Negi will be seen playing a journalist while Bidita Bag will be seen as a sex worker in the second season of ZEE5’s crime-thriller web series starring Kunal Kemmu in the lead role.

Asha Negi who was last seen in ALTBalaji’s romantic drama Baarish, will play the role of a journalist in Abhay 2. Excited about her transition from romantic roles to a thriller, Asha in a statement said, “This is a character that no one has seen me play yet and that is really exciting for me. The details will be revealed when you watch Abhay season 2, but I can tell you for sure that you are going to see me in a completely different avatar.”

She added, “I cannot tell you if it is good or bad (that’s a secret), but I play a role of an extremely passionate journalist, but as the season moves ahead, you will see different shades of my character slowly unfold. The transition from playing romantic roles to the thriller genre has been very exciting for me.”

Bidita Bag, who played Reshma Pathan in ZEE5 film ‘The Sholay Girl’, will be portraying a sex worker in Abhay 2. Giving an insight into her role, Bidita in a statement said “As an actor, it’s great to have references to look at, but when a script comes across talking about a prostitute who kills men and gets orgasms by watching them drown, I mean, it’s a complete blank canvas and that is the most exciting part for an artiste. The maker of Abhay 2 has paid attention to every character. It has been extremely challenging and thrilling at the same time,”

“Abhay” is ZEE5’s crime-thriller web-series that streamed its first season in February 2019 on and has been renewed for season two which will premiere on August 14. The eight-episode series will see Kunal Kemmu reprising his role as a special task officer. The second season of the series has an ensemble cast including actors Ram Kapoor, Chunky Panday, Nidhi Singh, Raghav Juval, Indraneil Sengupta and Asheema Vardhan. Until now, the makers have revealed the look of Ram Kapoor and Chunky Panday from the web series and the two actors have stunned the audience with their never seen before avatars.

She delivers looks! Now, a baby!!