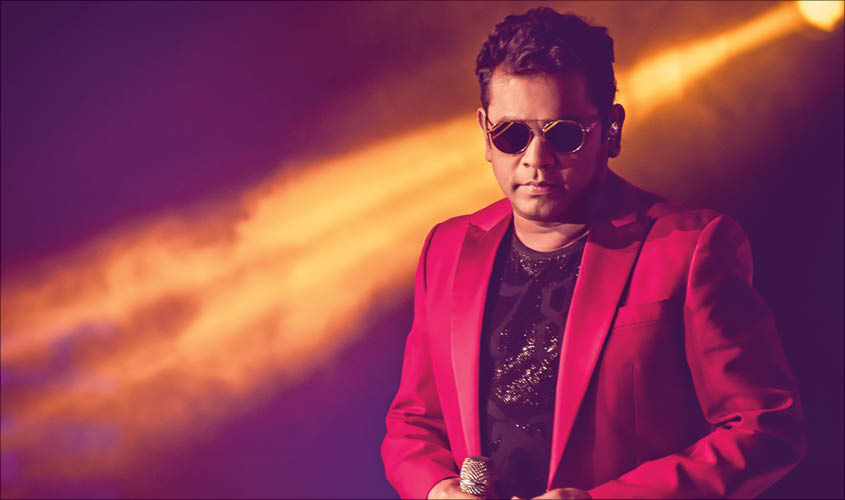 The makers of “Dil Bechara” dropped another melodious track titled “Khulke Jeene Ka”. It is a chirpy, optimistic song with its overlapping vocals urging people to live freely and unrestrained from the worries of life.  The song has been beautifully penned by Amitabh Bhattacharya, composed by Oscar-winning music director AR Rahman and sung by Arijit Singh and Shashaa Tirupati.

Fondly reminiscing recording the track, Saasha Tirupati popularly known as ‘The Huma Girl’ , recalled “Singing for A. R. Rahman for such a special film was exciting and surreal. The other thrill was that of co-singing with Arijit Singh, whom I admire for his versatility. Khulke Jeene Ka is a distinct track with a unique melody that slides like a rollercoaster ride.”

Talking about the song Shashaa said, “There’s a deep sense of belonging, optimism, and warmth to the song that can brighten up anyone’s day. I couldn’t rid my mind of the melody the morning after I recorded the song. And I’m the kind of singer who forgets the tune the moment she steps out of the studio. It’s phenomenal how Rahman sir has composed the melody and how our vocals intertwine perfectly.”

She further added “The lyrics of the song had certain words that I probably heard after a long time, such as beadab, latifa and saleeqa. These words have been embedded tastefully and in a very current way into the song. I had fun singing this duet and I can’t wait to know what listeners have to say about it.” Saasha and Arijit’s vocals combined with Rahman’s composition makes the song instantly addictive.

‘Khulke Jeene Ka’ is another gem in the music album of Mukesh Chabbra’s “Dil Bechara”.The director in an interview revealed that the track “Khulke Jeene Ka” is an integral part of the film and has been shot all over Paris. The song stars late actor Shushant Singh Rajput and Debutante Sanjana Sanghi.

Earlier, two songs from the film – “Taare Ginn” and “Dil Bechara” — were released. While the title song was crooned by AR Rahman, Shreya Ghoshal and Mohit Chauhan sung “Taare Ginn”. Dil Bechara is a Hindi film adaptation of John Green’s novel The Fault in Our Stars. The movie also stars Swastika Mukherjee, Sahil Vaid and Saif Ali Khan. It will release digitally on Disney+ Hotstar on July 24.